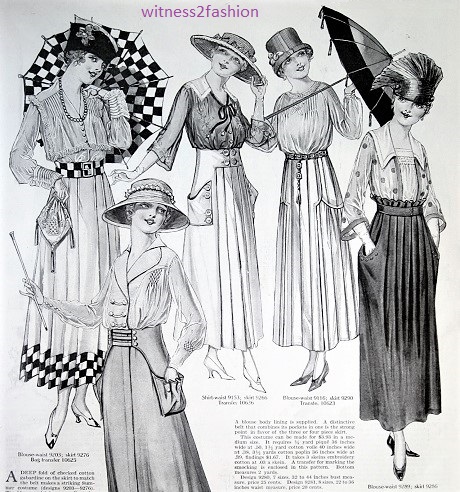 I’ve been collecting images of women’s blouses from 1917; this particular page shows such a variety of skirts, blouses and hats that it deserves a closer look. 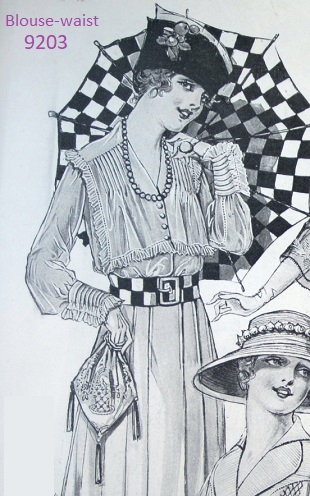 This blouse was also featured in a color illustration in June: 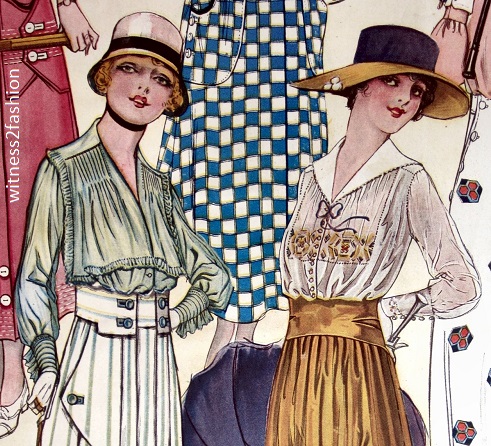 And in a different version in August: 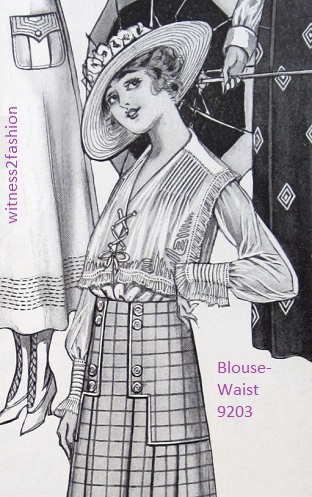 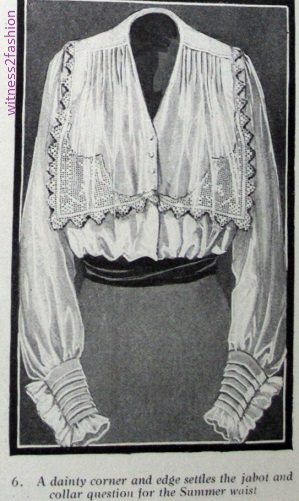 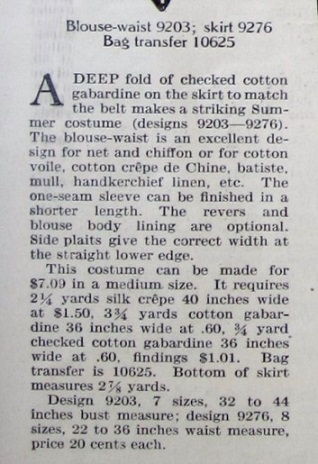 Butterick 9203 was shown with a relatively simple stitched-down pleat skirt (No. 9276) , but the skirt was enhanced with a checked cotton belt and matching checked border: 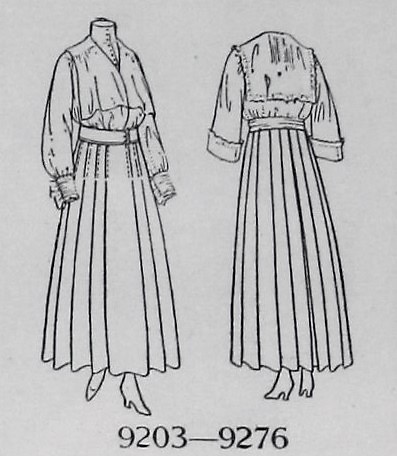 Blouse 9203 could be made with a high-necked insert; the blouse has a sailor collar in back. The posture of 1917 is very high-waisted in back — caused by the shape of the corset. 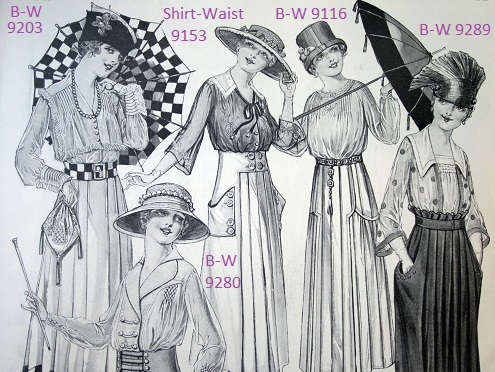 I’ve spent hours trying to figure out the difference between a blouse, a blouse-waist, and a shirtwaist. I haven’t found any consistency yet. Sometimes a “blouse” is pulled on over the head, and sometimes a “shirt-waist” has a button front, but — not always. More about that on another day. 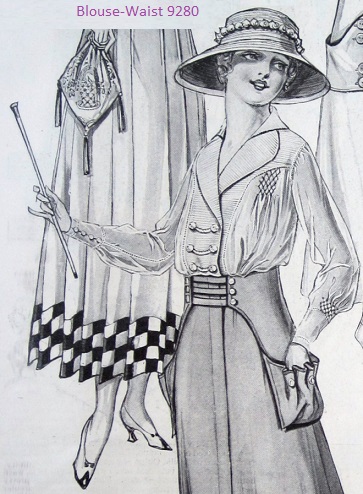 Butterick blouse-waist 9280. Delineator, July 1917. The blouse is trimmed with smocking. That interesting belt/pocket is part of the skirt pattern. 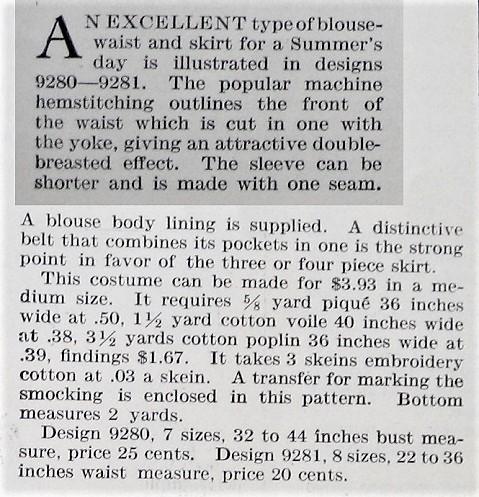 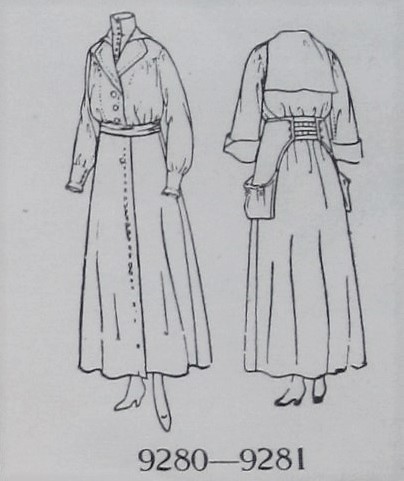 This view shows blouse 9280 in a single breasted version, with an optional high neck and the popular sailor collar in back. Skirt 9281. 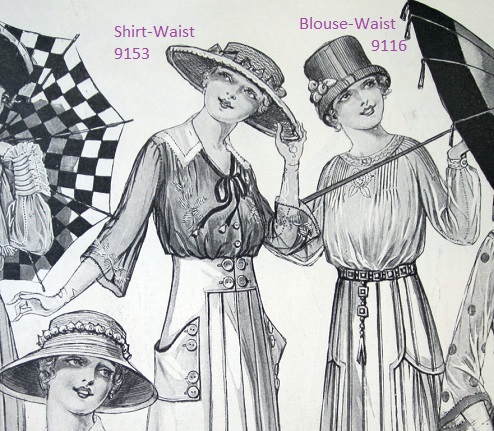 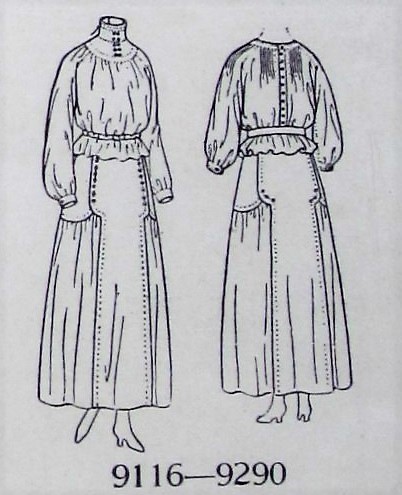 Blouse-waist 9116 with skirt 9290. Women who were not comfortable wearing the relatively new bare necklines could make the blouse with a high collar instead.

Both skirts have interesting details. The medieval-influenced belt at right isn’t included. 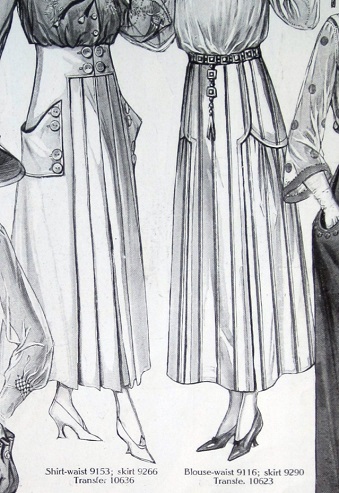 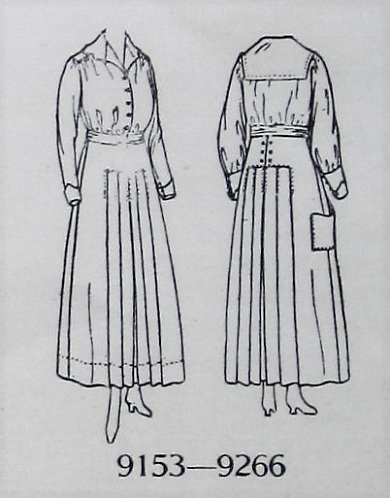 Not related to these patterns — except for its sailor collar — is this vintage embroidered lace waist.

This vintage “waist,” which literally ends at the waist, reflects the custom of selling dress patterns as separate waist and skirt patterns. This gave the buyer more style options. 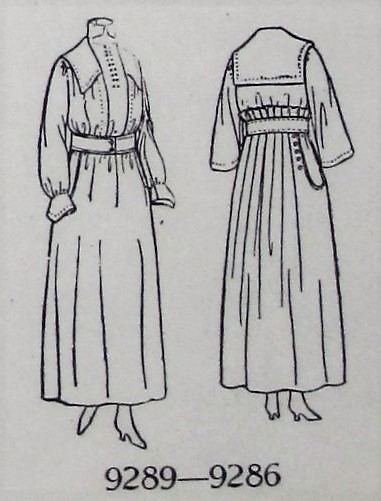 Another high-necked blouse option, sailor collar, and a back view of the skirt with gathers above its waist.

And the “most unusual hat” award goes to…. 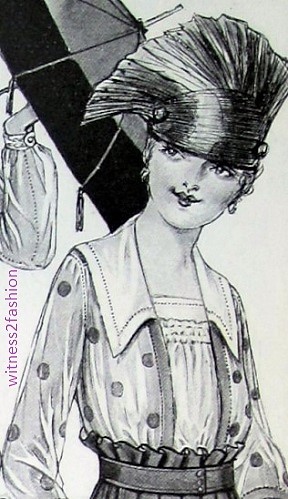