Orange and Blue in the Mid-Twenties

When I wrote about the orange and black color combination that was popular in the nineteen twenties, I found out that there are still some devoted lovers of orange out there. It turns out that orange and blue were often pictured together in Delineator fashion illustrations in 1924 and 1925. 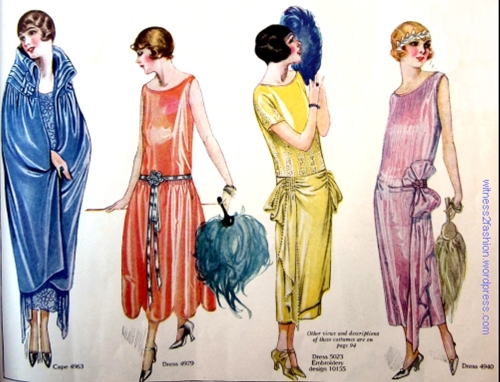 Of course, orange and blue are complementary colors, opposite each other on the color wheel, and therefore they enhance each other when juxtaposed, — orange seeming brighter and blue seeming more vivid — so illustrators may have put them side by side for this reason.

But orange and blue — in slightly pastel tints — was a frequent combination in garments, especially in clothing for girls.

Butterick patterns 5797 & 5752 for girls for Valentine’s day, 1925. Delineator. [The dress on the right reminds me of quilts from the twenties and thirties.]

It’s sometimes hard to put an exact name to the variations of orange — sometimes it’s a pastel-tinted (i.e., with white added) version of coral red, vermillion, or red orange. [I’m speaking as an illustrator, not as a dyer.] 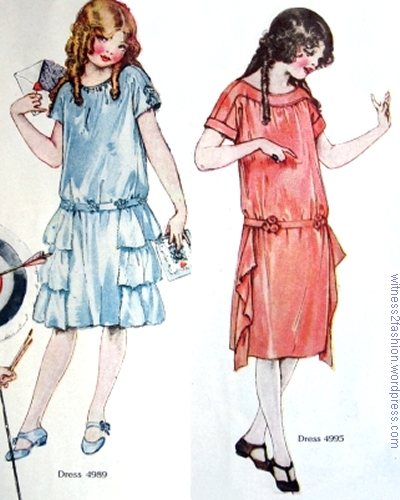 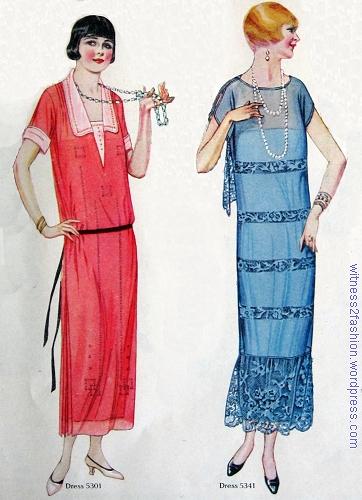 Butterick patterns for women 5301 and 5341, July 1924. Delineator. The color on the left is closer to red-orange than to pure red.

Burnt orange or intense orange seems to be more common for “grown-up” dresses. 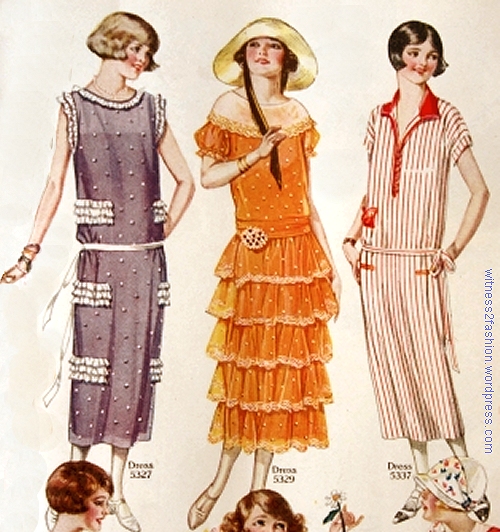 This little girl is wearing an orange dress smocked with black,  with a black coat and orange-trimmed black hat, a combination usually reserved for Hallowe’en now:

As Autumn approached, older girls and young women could use intense orange to accessorize either midnight blue or dark green dresses:

That dashing cloche hat is also made from a Butterick pattern.

And, if you weren’t quite prepared for your wedding to include brilliant orange bridesmaids . . .

this blue and pastel red-orange bridal party might be just what you want:

The dresses on the right have a muted coral bodice and tiers of coral taffeta softened with white lace overlays, with rose pink hats and trim. [The pinkish color may be a result of layering white organza over the bodice fabric.]

The bride’s home could even have an orange and blue kitchen:

This post is dedicated to Lynn and Brooke, who wrote to say that they love orange.