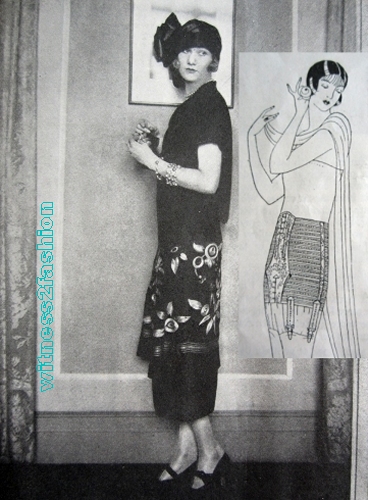 Flat in Front, Flat in Back 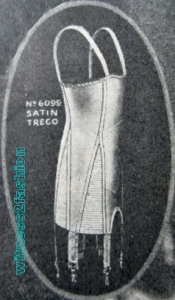 In our breast-obsessed culture — the culture of push-up bras, cleavage, silicone, and breast augmentation surgery – we are bewildered by the early 1920s fashion ideal, which emphasized a curve-free, flat-chested silhouette.

Most people have heard that women “bound their breasts” to achieve a boyish figure.  (I always pictured Ace bandages used like mummy wrappings, but I now know better. I’ll be showing some 1920s brassieres in a later post.)

This ad for a corsette or corselet, as they were sometimes called, shows a lightly boned combination brassiere and girdle creating the ideal silhouette of the early 20s.

What we forget is that the ideal twenties figure was as flat in back as it was in front. 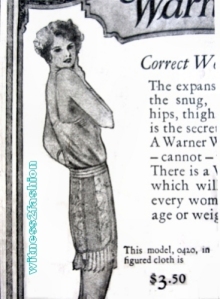 Even slender women required some help in achieving an unnaturally flattened bottom. 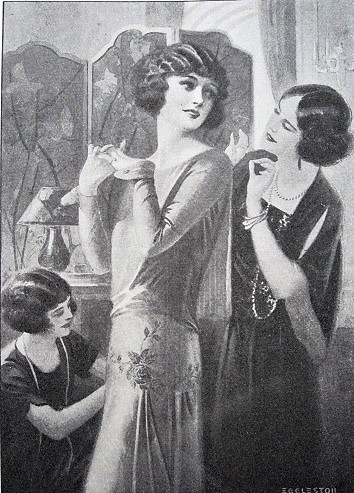 Illustration of a woman having a dress fitted, from an ad for Bon Ton Corsets, April 1925. 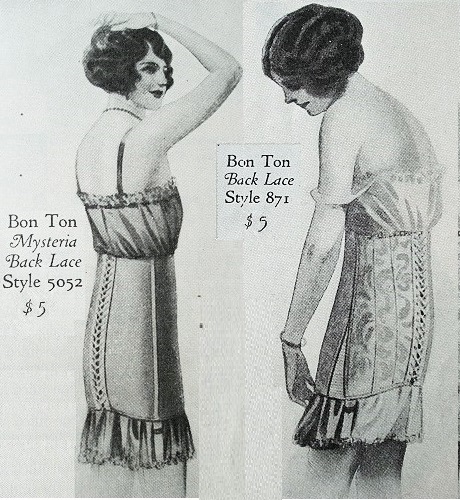 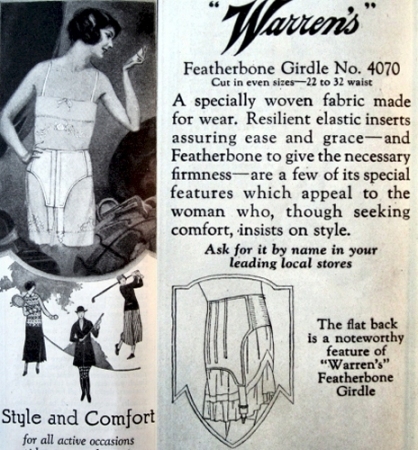 This Warren’s “Featherbone” sports girdle was for active women, but its “flat back is a noteworthy feature.”

You can compare it with this 1925 Treo girdle for average figures.

The Warren’s Featherbone allows the legs to move more easily, but does not allow for any development of the gluteal muscles.

Back Flattening Corsets for Larger Women 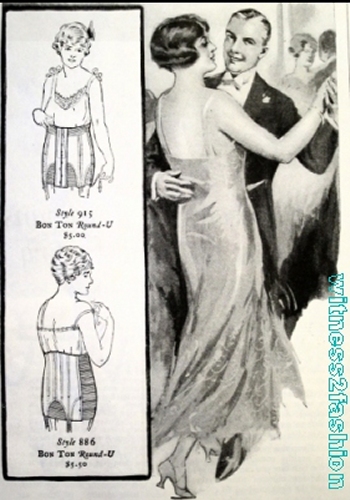 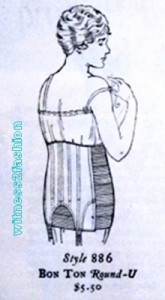 “The full-figured woman may easily attain the stylish flat back and slender, youthful lines with …specially designed Bon Ton Round-U corsets…. Model 886 is a special design for excessive hips and lower back … [with] wide sections of substantial elastic beneath the corset which checks, controls, and reduces superfluous flesh and creates much desired lines of fashion.” 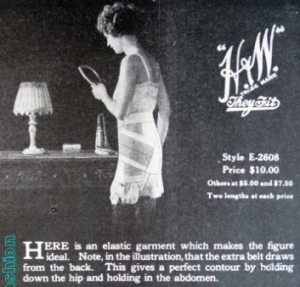 The 1925 Gossard girdle advertisement, with its embroidered dress from Frances Clyne, which appears at the top of this post contained this description of “average measurements” for an American Girl, 5′ 4″: chest 34″, waist 26″, hips 35″. Presumably, she was wearing a girdle. 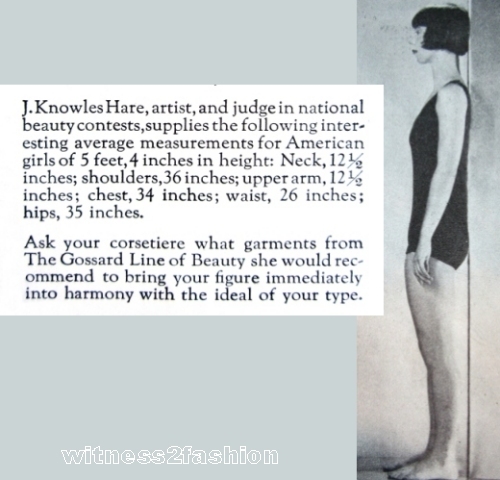