Two views of a suit from Molyneux, left, and a sporty double-breasted suit from O’Rossen. The Molyneux suit used the same ombre striped fabric for the skirt and to trim the jacket. Delineator magazine, April 1927.

Since time forthe Easter Parade is approaching, lets take a closer look at the hats:

Left, two views of a hat from Molyneux; right, a simpler hat by Reboux. 1927.

Molyneux was one of the most influential designers of the late twenties. O’Rossen is almost forgotten today.  Another very successful French designer from the 1920’s was Louise Boulanger, whose fashion house was called Louiseboulanger. I may have shown her appliqued coat before — but it’s worth a second look (below right.)

These coats could be purchased in New York at the shop of Mary Walls. Here is a closer look at those hats:

Left, a hat from Molyneux; right, a hat by Alphonsine trimmed “with a huge taffeta ribbon bow.” 1927. They were available in New York:  the Molyneux from Mary Walls, or the Alphonsine from Saks Fifth Avenue.

If your budget did not run to couture, these Butterick patterns for Spring were also available: 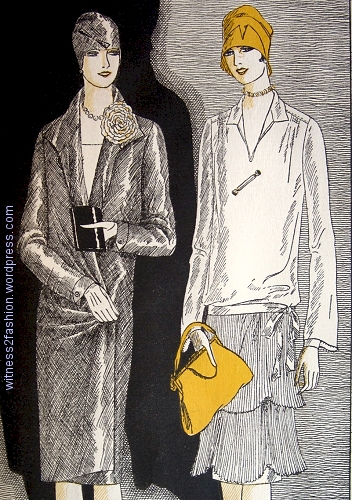 The coat lapel is trimmed with a large “flower” made of ribbon. The hat at left is decorated with a cliquet pin. Bar pins, some of them quite large, like the one on the dress, were often shown worn like this, pinned diagonally to the front of a dress which looks too fragile to support it. 1927.

Some early 20th c. bar pins. I have worn these on my lapel or at my throat, but never diagonally on the mid- chest as seen in 1920’s illustrations. 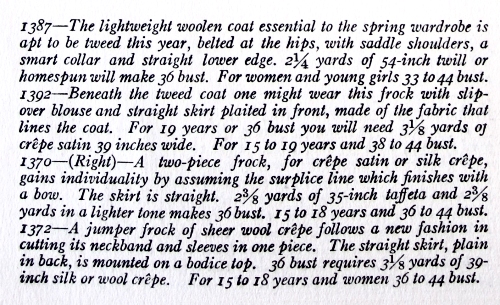 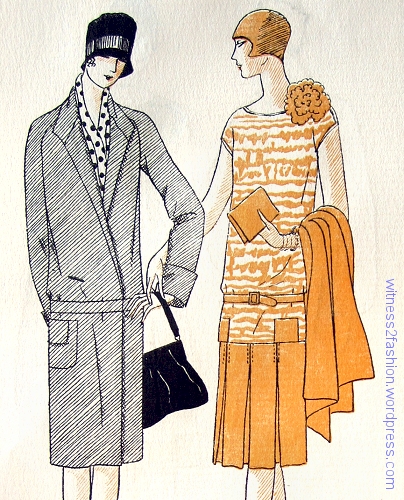 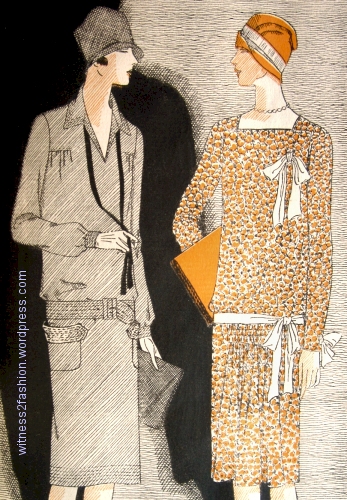 The tennis dress below is illustrated with contrasting fabric inside the pleats, which would have flashed when the wearer was in motion. I’ve also seen this in several other twenties’ illustrations.

Butterick 1396 and 1378, from 1927. The monogram shows the influence of Molyneux. That sleeve construction would be rather binding in an active tennis game,  but truly sleeveless styles were still associated with evening dress. 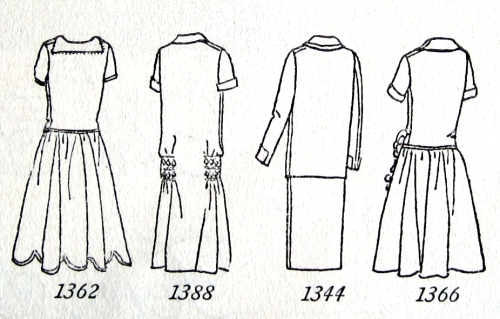 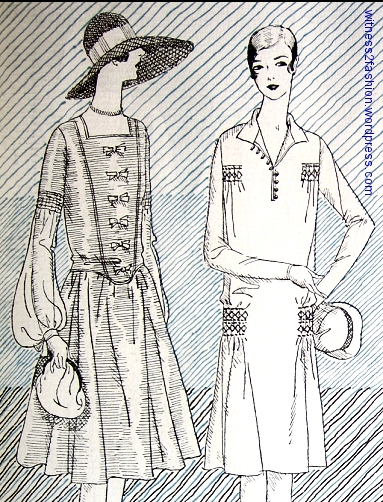 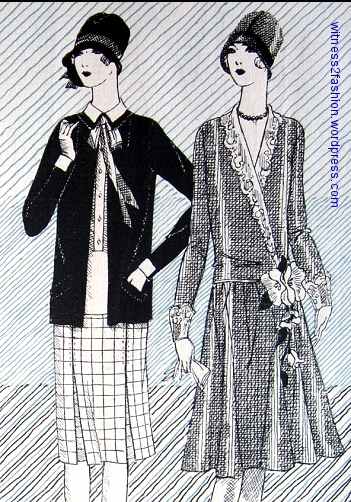 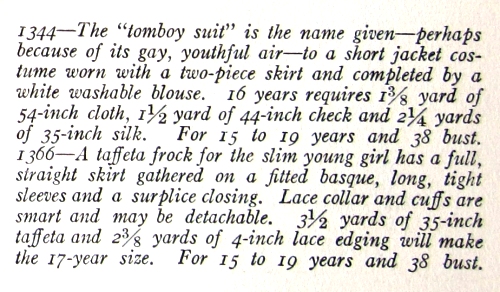