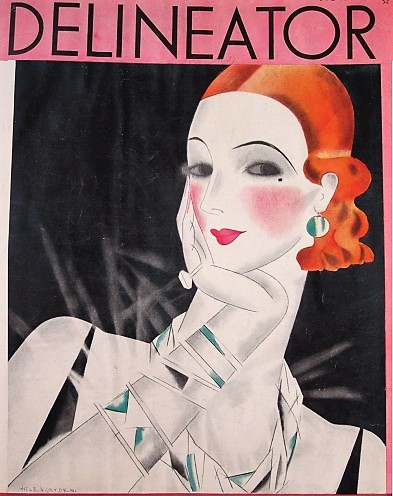 I’m back! Although my “vacation” at the library was interrupted by some family illness, I did manage to photograph the 18 months of Delineator magazines from July 1929 through December of 1930 — and that was a time of sudden and drastic fashion change. I learned a lot — and will be sharing…. 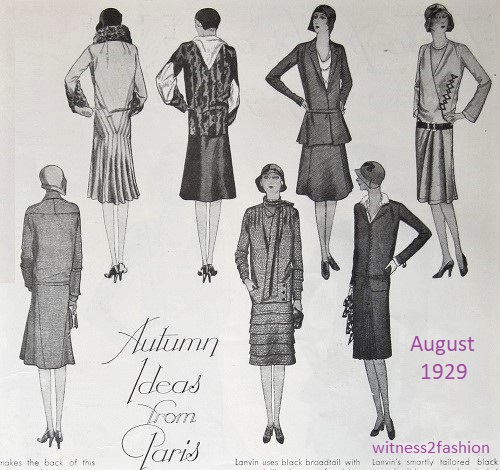 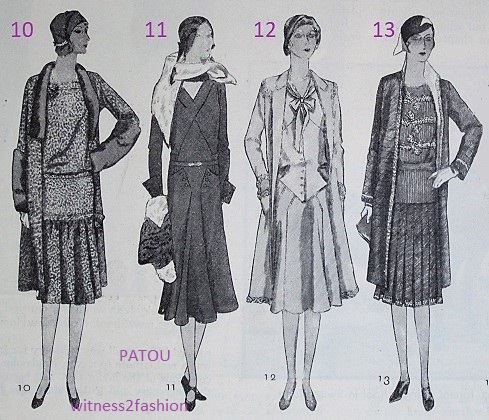 Paris fashions illustrated in November 1929. Patou, second from left, took credit for the new silhouette, with longer skirts and belts at the natural waist. The designers are: 10) Molyneux, 11) Patou; 12) Cheruit; and 13) Mary Nowitsky. Delineator, November 1929. Nowitsky also shows a natural waist and a knee-covering hem, but Patou’s is noticeably longer.

Patou’s new silhouette was influencing patterns within a few months: 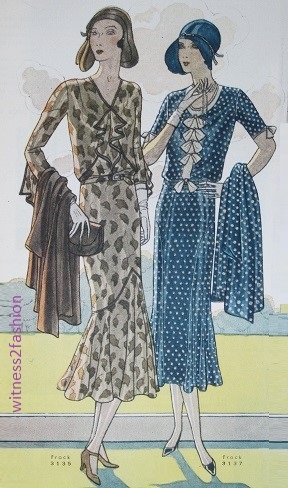 Two Butterick patterns from April 1930 show the new silhouette: dresses with a natural waist and much longer skirts than in the late 1920s.

Sadly, Butterick’s Delineator magazine was affected by the October 1929 economic crisis, with a decrease of advertisers and the near elimination of color fashion illustrations. However, these 1930 evening gowns were given the full treatment: ours to enjoy. 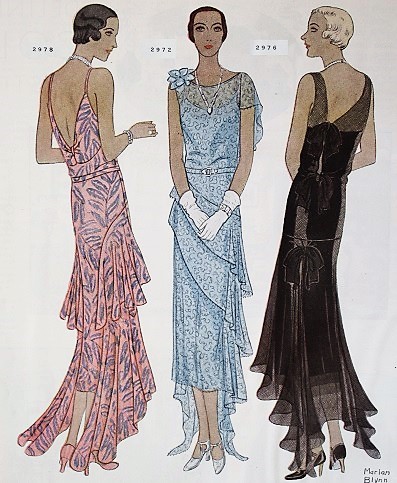 Evening patterns from Butterick: Left, 2978 has a deep back opening; Center, 2972 has diagonal flounces,; and right, 2976 uses several layers of net, growing gradually more transparent toward the hem. Delineator, January 1930, page 24. All are belted near the natural waist. 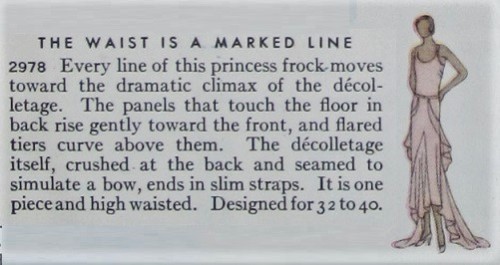 Butterick 2978 is a “princess” frock — i.e., it has no waist seam. January 1930. Dresses with these very narrow straps were said to have “camisole” necklines. 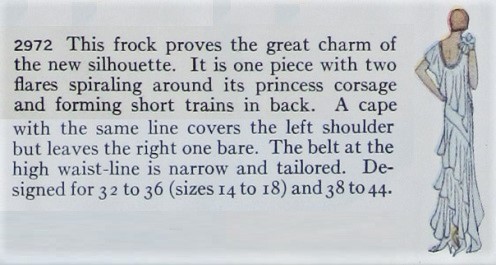 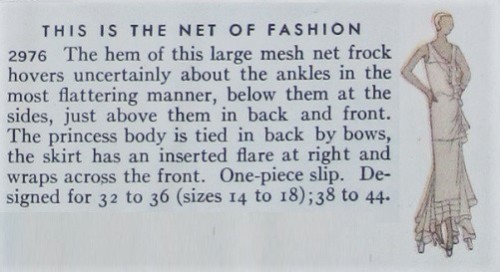 Butterick 2976, shown in pastel net instead of black. In this front view of the “princess body,” you can see that there is no waist seam. There are three layers of net, with an opaque layer closest to the body.

The top of the net dress has a very modern “deconstructed” look, as though the net covering the upper chest had been cut from top to bottom and is left hanging free, front and back. 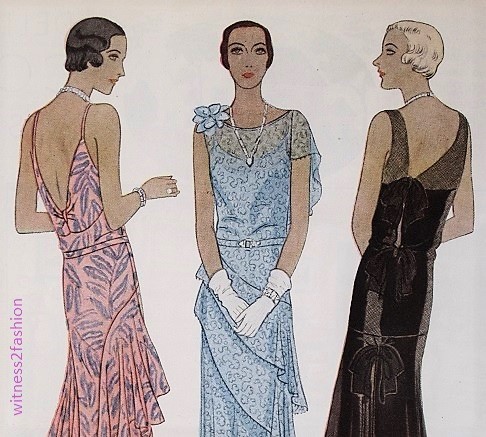