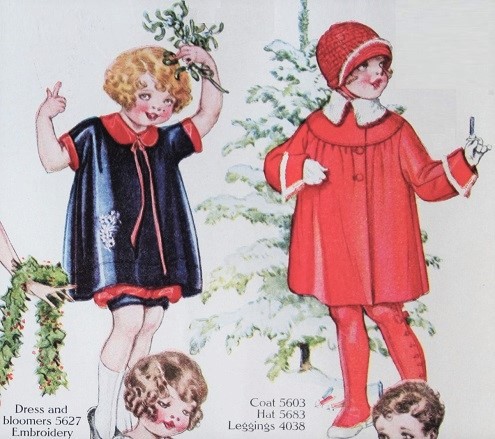 An entire page of patterns for girls and young teens had a Christmas theme in 1924. Above, left, a very young girl holds mistletoe over her own head. Right, a little girl is ready for snow in her red hat, coat and leggings. (Imagine buttoning those leggings onto a squirming 3 year old!)

I’m always struck by how “right” the proportions on early Twenties’ dresses for girls look, while the length of dresses for women and older teens was still quite long: 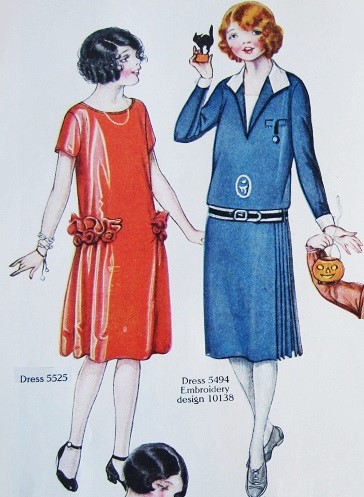 Before the late nineteen twenties, as girls got older they dressed more like grown women, exchanging short skirts for longer hems.

The younger the girl, the shorter the dress in 1924.

Those hems make even these 1924 party dresses for older teens look long and dowdy.

These teens are wearing quite long hems, compared to their younger sisters. December, 1924.

But, by 1927, adult women were wearing dresses as short as the pre-teens of 1924! Women aspired to look younger, and youth set the fashions.

Left a teen under 15, 1924. Right, a grown woman from 1927. Both are Butterick patterns illustrated in Delineator.

In 1927, these sophisticated women are wearing hems that only schoolgirls would have worn just three years earlier. 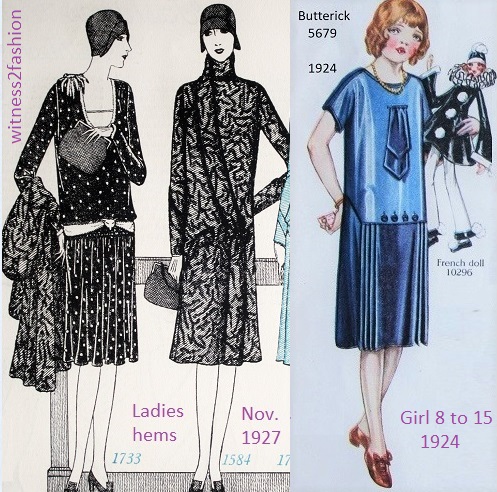 Ladies’ fashions from November 1927 are as short as this girl’s dress from 1924.

This is just a sample of the “youth” trend of the late Twenties. Of course, by 1927, young teens were showing the entire knee…. 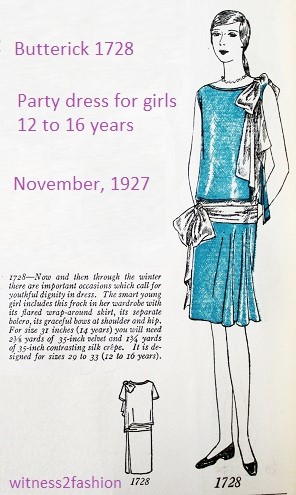 I want to share this advertisement for a couple of reasons. First, there may be a collector of vintage underthings who has one of these contraptions and will appreciate the identification.

The Wilson Garter for children and pregnant women. It supports the stockings from the shoulders instead of from the waist. LHJ ad, Sept. 1917.

Second, it is just one more example of the way America’s entrance into World War I, in April of 1917, permeated American popular culture.

“For Boys and Girls, 1 to 16 years. Shoulder style like picture, slips on over head, white or black, 25 cents. Give Age.

When I wore my first garter belt in eighth grade, I was puzzled by ads — like this page from a 1958 Sears catalog — that showed the garters [suspenders] being worn over full petticoats — which would have flattened the petticoat absurdly. I had no mother to ask about this; finally an older girl explained that you actually wore the petticoat on top of the garter belt, but advertisers couldn’t show a garter belt attached to stocking tops over a bare thigh in family magazines.

Garter belts from Sears catalog, Fall 1958. My first garter belt looked like K (bottom center), not P (the black one.) Back then, normal 12 year old girls did not wear black lace undies. However, if you wore stockings when dressed up, you needed a garter belt.

“Pull Up Your Socks!”

It’s hard to conceive of a time when active little children wore stockings instead of socks. 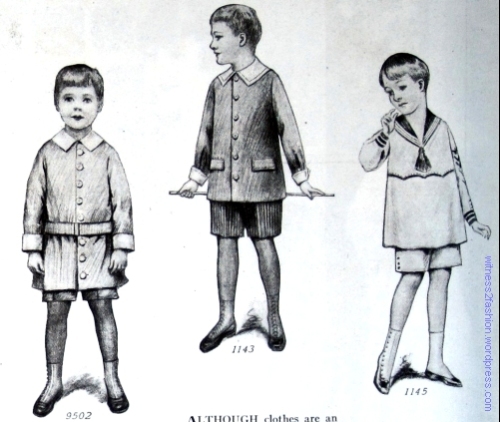 Nevertheless, these little boys are wearing boots with spat-like contrast uppers (or possibly spats! see far right), over stockings probably made of cotton lisle, although wool was a possibility. 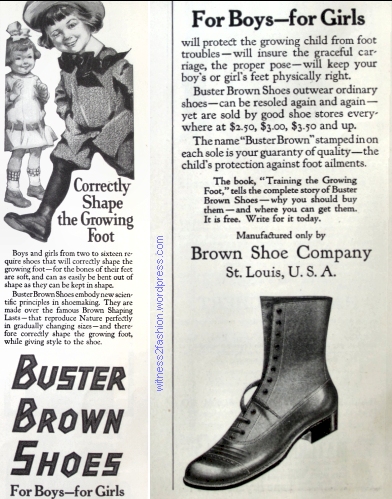 A poor boy receives a basket of food from a boy who is better off. Both wear long stockings. Robert A. Graef illustration, Delineator, Nov. 1924.

Because putting on his first pair of “long pants” was once a rite of passage for an adolescent boy, pre-adolescent boys wore knickers or short pants; these left their lower legs exposed all year round — so they sometimes wore long stockings.

Since neither little boys nor little girls have a waist significantly smaller than their hips, keeping trousers, shorts, and stockings from falling down was a problem.

Pictorial Review pattern 3386, for boys’ shorts that button on to the shirt. Note the sagging sock.

A solution popular in the 1920’s was to button the pants to the shirt, or to a sleeveless underbodice, in front and in back. This made it very difficult for small boys to go to the bathroom without help. (To read “Zippers Are Good for Your Children,” click here. )

Boys didn’t always wear stockings; some wore sensible socks, sometimes rolled over elastic garters, and little boys and girls kept warm by wearing stockings under leggings in the winter. [Like much fashion vocabulary which changes over time,  “leggings” now describes a completely different garment, i.e.,  women’s knit tights that stop at the ankle.]  Formerly, stiff (lined) wool or corduroy leggings were buttoned from below the anklebone to above the knee (you needed to use a buttonhook) and must have been a nightmare to put on squirming children. 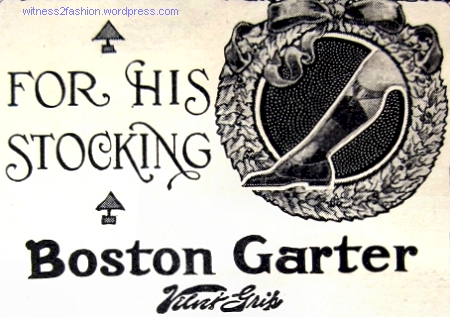 Grown women suspended their stockings from their corsets:

La Camille International Corset advertisement, Delineator, April, 1917. Look at those lovely clocked/embroidered stockings! For modesty’s sake, the model is drawn wearing frilly bloomers, which would have made it difficult to attach the suspender to the stocking! Here it is left dangling.

Corsets and stocking suspenders were also worn by some unlucky little girls: 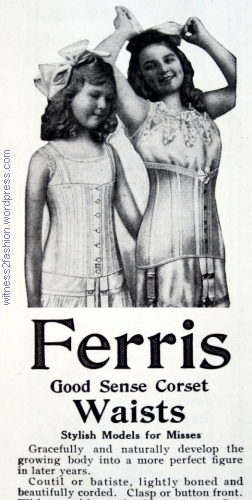 The younger girl’s figure is still unformed, so her corset has shoulder straps to prevent the tension on her stockings from pulling it down. If it only attached to her stocking tops in front, this might produce the “stooped” look mentioned in the Wilson Garter ad.

Children’s patterns, Butterick’s Delineator, July 1917. The long stockings of the boy on the left are falling down. Note the military insignias on their tunics.

There was a time when a parent, seeking to divert children from mischief, would simply yell, “Pull up your socks!”

However, the pugnacity of these two boys was part of a general trend to illustrate children as little warriors during World War  I.

Boy’s Butterick pattern illustration, Delineator, Sept. 1917.  A few months earlier, boys were shown flying a kite, not leading a charge “over the top.”

Which brings us back to the Wilson Garter, which “allows children to grow . . . up like little soldiers.” By Jingo.