This peculiar fishnet “scarf” caught my eye. It’s just one of the knitted or crocheted dresses, suits, and accessories so popular in the 1930s. 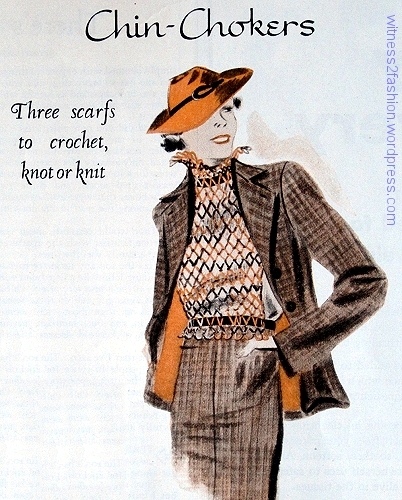 This knotted “gilet” was made from a Woman’s Home Companion pattern, March 1936.

Worn over a blouse, the gilet has a belt or ribbon threaded through the mesh at waist and neckline. 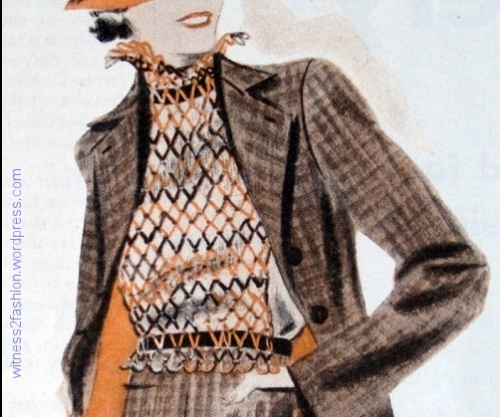 If you found this vintage  accessory without its ribbons, you might well think it was a wool anti-macassar or table decoration.

A square scarf and a high necked “tippet” were also described. 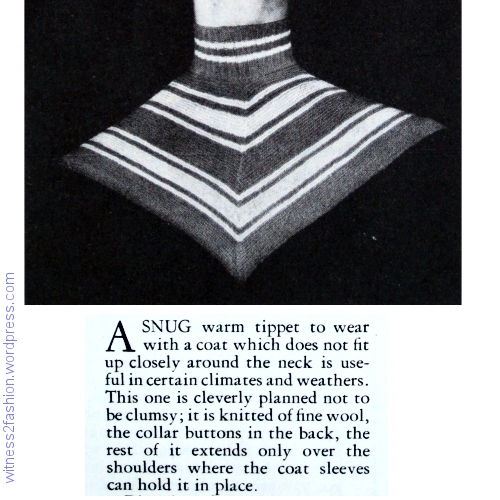 This “Swagger Set” could be made from Dennison Crepe: 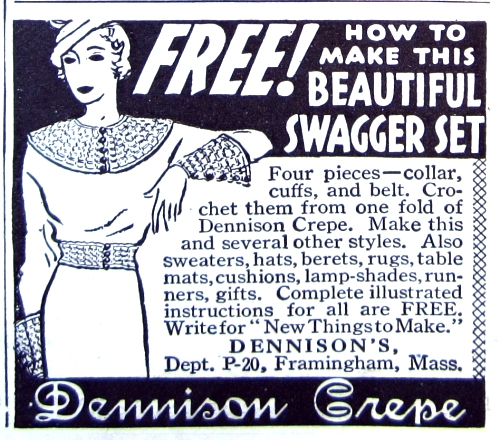 Ad from Delineator, Feb. 1934. Dennison Crepe for a “Swagger Set” of crocheted collar, cuffs and belt.

As far as I can tell, the Dennison Company made crepe paper, not fabrics, and, in the twenties and thirties, encouraged its use in Halloween and masquerade party costumes. [And, according to this ad, in hats and sweaters!] Dennison published magazines with instructions for making party decorations and other craft projects from Dennison Crepe; a search for “Dennison Crepe 1930s” will lead you to many images like this one.  [Even if the paper was flame resistant, the very idea of combining Halloween pumpkins, candles, and paper costumes is horrifying to me. I once saw an exhibit of theatrical costumes made from black plastic trash bags. As an art concept, interesting; as something for an actor to wear, utterly irresponsible.]

The Bucilla yarn and thread company sold kits like this: 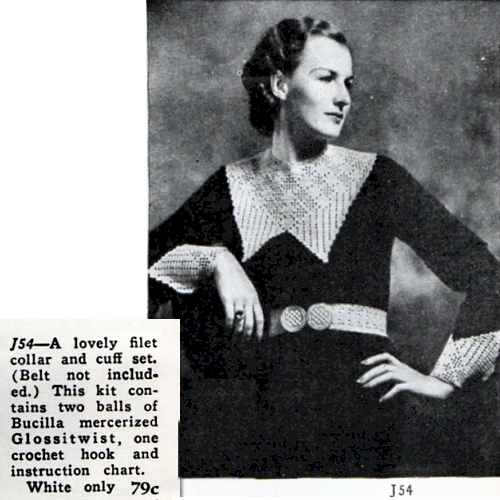 The interest in collars and cuffs which would transform the look of a simple dress or sweater was part of the Depression Era need to make a varied work wardrobe out of just one or two dresses. I’ve written several posts about this need; click here  (One Good Dress in the 1930s) or here (Button-on Patterns from the Thirties).

This pretty crochet sweater was also a do-it-yourself kit from Bucilla: 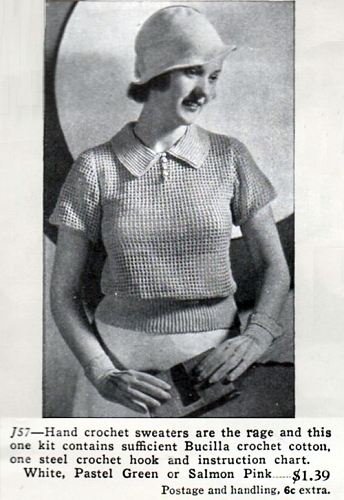 A sweater from a kit, Bucilla, sold through the Berth Robert catalog, June 1934.

Brief Digression: The Berth Robert Company sold clothing and “semi-finished” clothes for women who were willing to sew dresses, but not to cut them out and do the more difficult sewing tasks like pintucks. 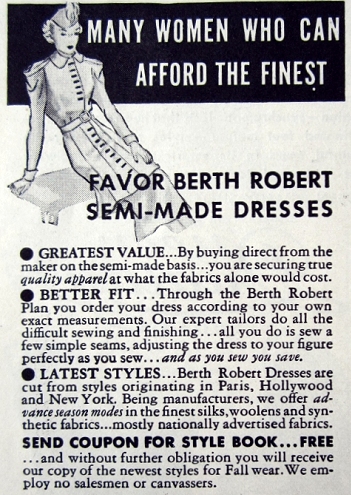 The Woman’s Home Companion even encouraged its readers to knit a negligee: 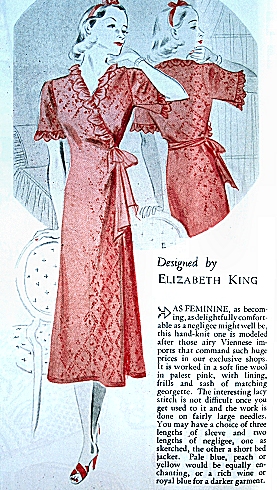 Hand knitted negligee pattern from Woman’s Home Companion, Nov. 1937. Scroll down for an image of the full text. 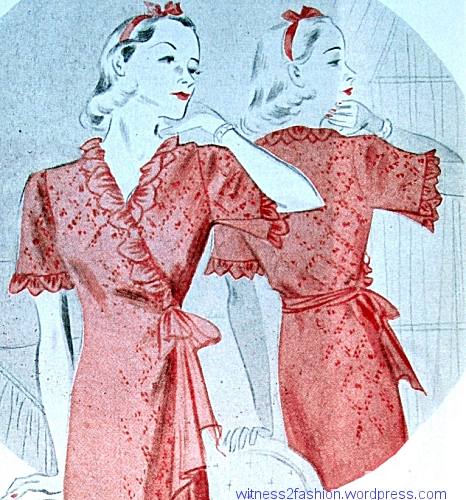 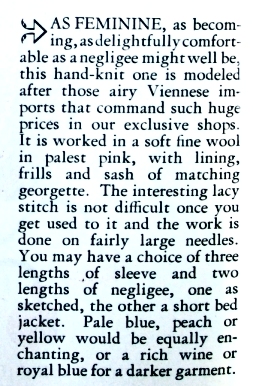 The petal-shaped ruffles, the sash, and the lining were not knitted; they were made from sheer georgette fabric.