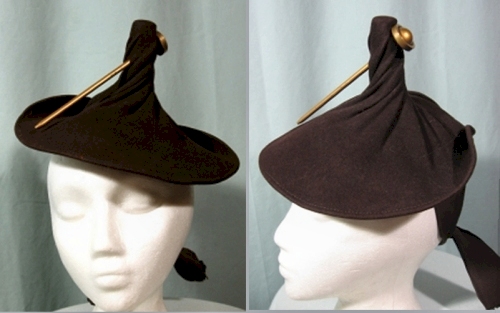 This twisted and skewered felt hat, from a private collection, has no label, but it seems like the logical (or illogical) result of hat patterns and illustrations from the late 1930s.

Here are three hats shown with couture collections in February, 1936. 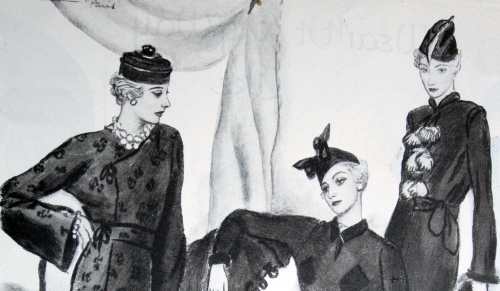 The designers are, left to right, Mainbocher, Worth, and Molyneux. Fourteen months later, similar styles were available to home stitchers in a Butterick pattern. 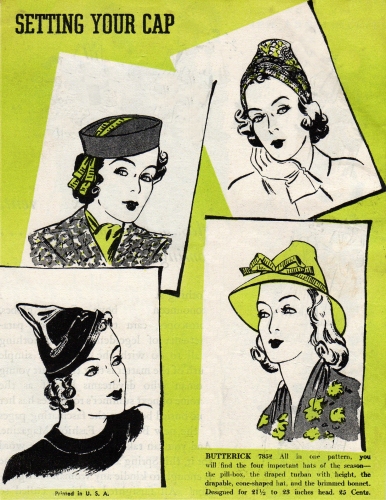 “All in one pattern, you will find the four important hats of the season – the pill-box, the draped turban with height, the drapable, cone-shaped hat, and the brimmed bonnet. Designed for 21 ½ to 23 inches head. 25 Cents.”

Except for the pillbox hat (top left), three have pointed or flattened cone shapes, which had been appearing at least since 1936. 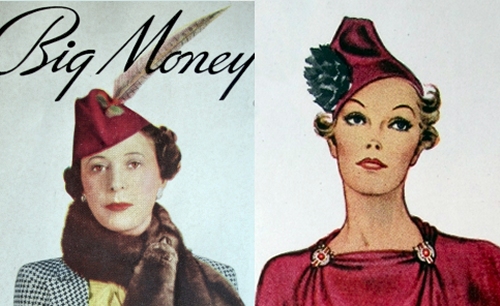 Here are several other cone hats, from 1937: 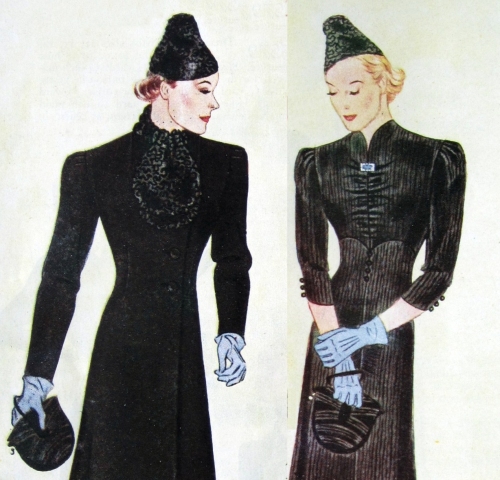 The version above is made from black Persian lamb. (Woman’s Home Companion, October of 1937) 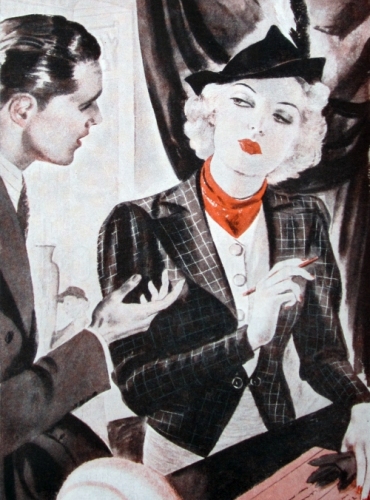 This black felt cone hat in the illustration above is from a story in Woman’s Home Companion, May, 1937. 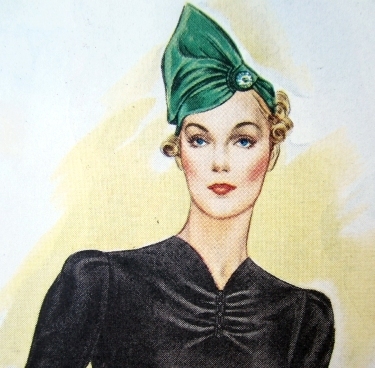 This green draped hat appeared in a pattern illustration, Woman’s Home Companion, December 1937. It looks as though it might be an asymmetrical bow, but it is very similar to the draped cone hat in pattern # 7852, seen from a different angle. 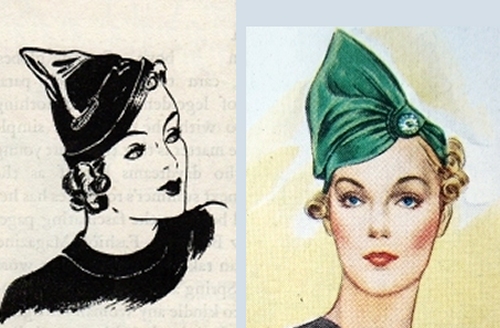 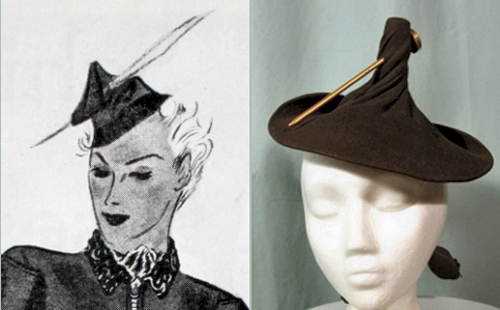