Three young women in their teens admire an elaborate Valentine card in this illustration of Butterick patterns. 1926. Naturally, their shingled hair styles are also up to date.

Left, a little girl wears leggings to protect her from February weather; right, a little boy in short pants (buttoned to his shirt) holds a Valentine card to be mailed.

Right, an older girl in a green, caped coat is about to put the boy’s card in the mailbox. 1926. 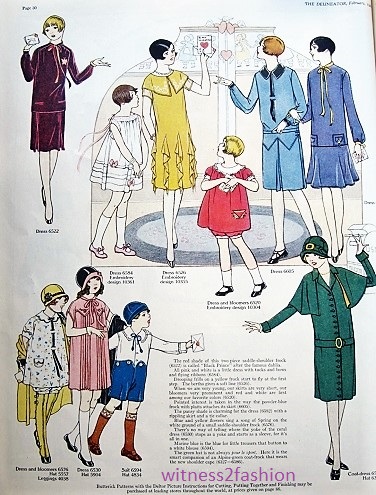 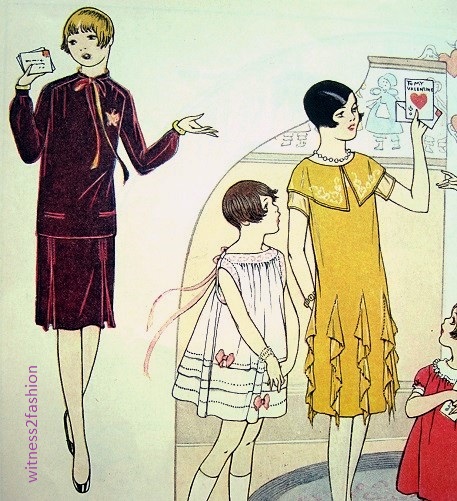 The girl at left wears a dress that could go to the office — or, being velvet, to a daytime party. It is quite short. Frillier party fashions are worn by the other girls.

Even the littlest girl holds a Valentine close to her heart.

A range of ages for girls, plus some little boys in short pants, were shown in patterns illustrated on page 31.

This Valentine girl is dressed up in an entire outfit made from Butterick patterns, including her hat.

These little boys play with a ball, while the girl below holds a heart-shaped cookie (with a bite out of it.)

Since I’ve been absorbed in boleros from the 1930s this week, I can’t resist pointing out this much longer 1926 bolero:

The long bolero at left is typical of the twenties, when the waist was near the hips.

The younger the girl, the shorter the dress. These are for ages 15 to 20.

All these “Valentine” girls wear their dresses much shorter than adult women in the same issue. 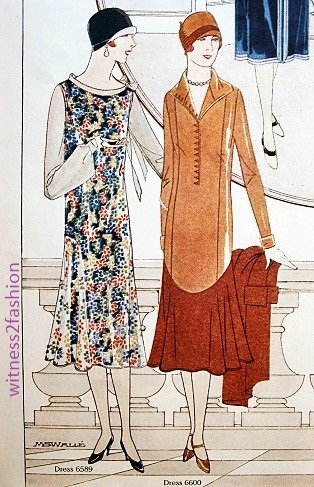 Although I couldn’t find a signature on the pages of children’s fashions, the February illustrations for women’s fashions were signed by M.S. Walle. 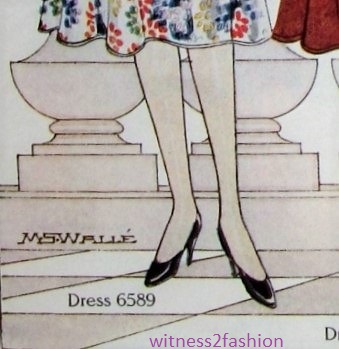