Wide, Sheer Sleeves: A Fashion from 1922 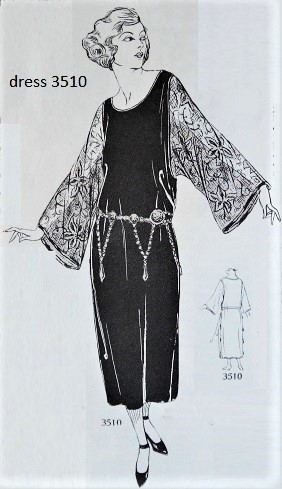 Sometimes they appeared on dresses that suggested the tabard worn by medieval knights.

A sheer under layer with a tabard-like opaque layer on top. Butterick 3508 illustrated in February 1922. 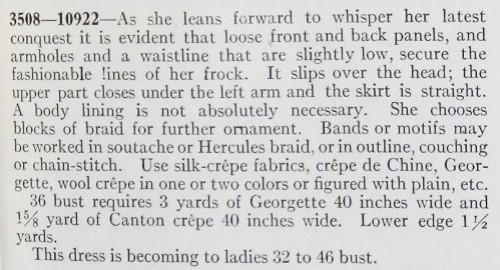 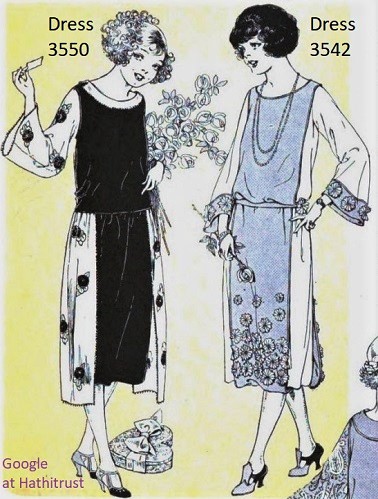 Often the sleeves of 1922 were made of sheer fabrics like lace or chiffon.

This inspiration for these patterns came from Paris couture. 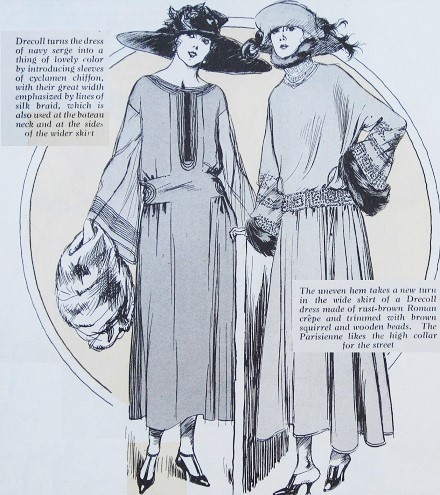 Left: wide, sheer sleeves on a dress by Drecoll. Sketched for Delineator by Soulie, January 1922.

The Paris house of Madeleine et Madeleine showed this dress with sheer, rectangular sleeves that close tightly at the wrist.

Some have armholes that reach almost to the waist:

This Butterick pattern (3393) from December of 1921 cited French designer Jenny as its inspiration. Google image from Hathitrust.org. 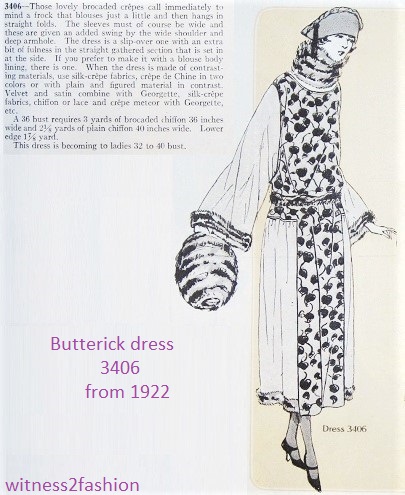 These sleeves were sometimes attached to a slip-like lining, rather than to the dress itself.

Sheer sleeves could also begin from a dropped shoulder:

Left, a Paris designer dress from the House of Beer; right, the same sleeves on a Butterick sewing pattern. 1922. 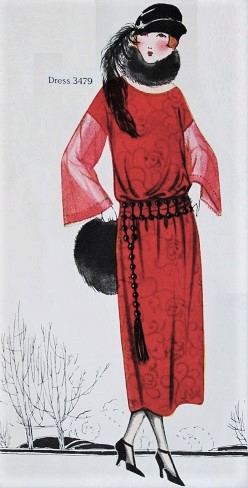 Of course, a very wide sleeve requires a coat to match: 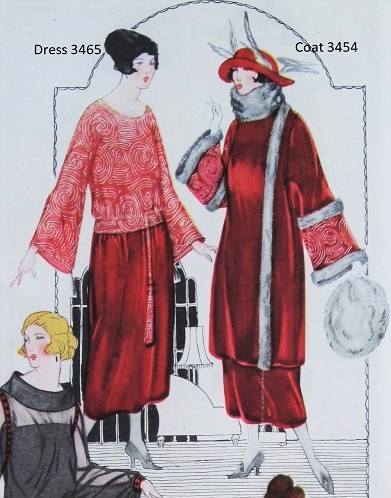 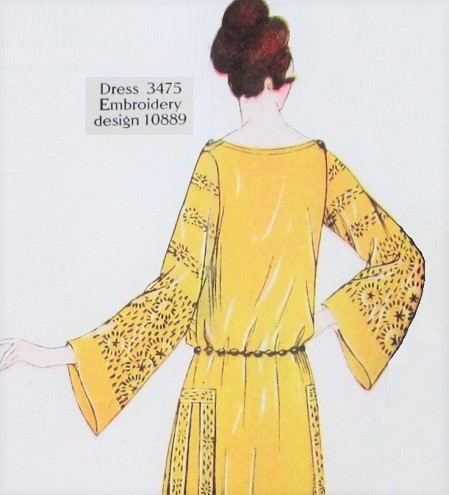 Another distinctive 1920’s sleeve, supposedly based on medieval or “Medici”costumes, was the “troubadour” sleeve, which was very wide — the armhole almost reached the waist — but which tapered to a tight fit in the lower arm and wrist.

The troubadour sleeve was “a thing” in 1926. More about these sleeves in my next post.