[While I’m on vacation, I’m running a series of images with links to many old witness2fashion posts. Here’s a selection of articles sharing what I learned about stockings.]

Textured hose from an article about rainwear; Delineator, April, 1929. 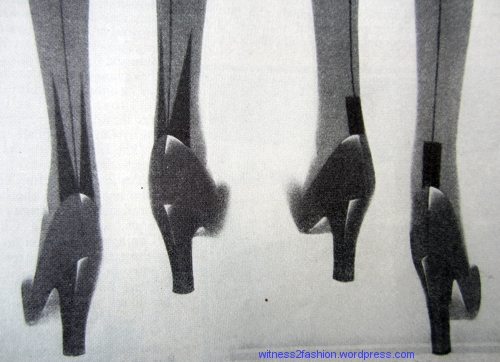 Many manufacturers offered styles intended to make ankles look slim, or just to attract attention to the leg. 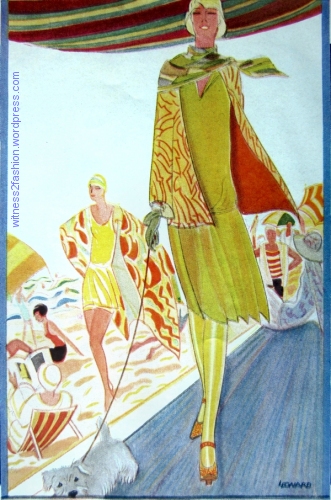 A chartreuse dress gets stockings to match in this ad for Arch Preserver Shoes. Delineator, June 1929. 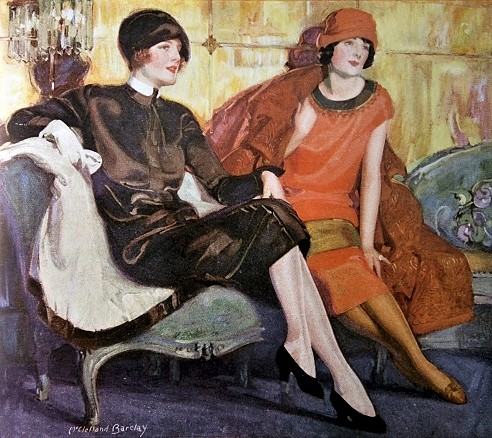 Artist McClelland Barclay did a series of color illustrations for Holeproof Hosiery. Delineator; May, 1925.  Notice how opaque these silk stockings for daytime are.

In the 1920’s, highly colored stockings could be almost opaque, as in these ads, but eventually sheer stockings became preferred for evening:

Models wear a range of sheer stocking shades in this 1929 ad for Realsilk Hosiery. Delineator, October 1929.

“They’re newer than sunburn. They’re newer than skin-tints. Yet they borrow from both. Overtones — the new hosiery shades — are a subtle blend of skin and costume colors…. Twenty-two of the most flattering hosiery colors ever launched.” — text of Realsilk ad, Oct. 1929.

Of course, the more sheer the stockings were, the less likely they were to survive several wearings, making them a luxury item. 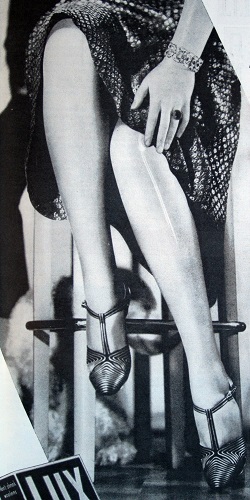 For a much more complete  article about women’s stockings in the 1920’s, click here.

By 1929, suntanned skin was coming into fashion, along with the sheer look.

From an ad for Realsilk Hosiery, April 1929. Delineator.

These shades are not very different from the stocking hues illustrated in 1936, when stockings could coordinate with either the costume or the shoe:

These heavy duty silk stockings were to be worn while gardening. Ad for McCallum “service hose.” Delineator, April 1927. [For more about “Hosiery Ads with a Bit of Wit,” by the same artist, click here.]

In the early Twenties, stockings were also worn while swimming:

(Swimming champion Annette Kellerman was arrested for swimming without covering her legs in 1907.) 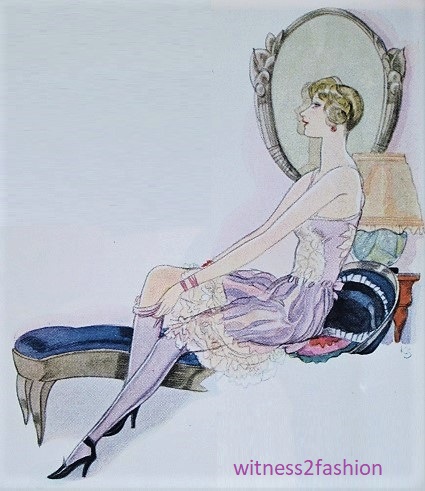 Lavender stockings match the lavender underwear in this 1927 ad for Ivory Flakes laundry soap. Delineator, May 1927.

Stockings in the 1920’s could also be embroidered, or otherwise decorated:

“A rose upon her shoulder, and a corresponding rose / Embroidered on the — well, the shin — of both her silken hose!” Nell Brinkley and Carolyn Wells. Dec. 1925.

To see more illustrations by Nell Brinkley, a woman cartoonist of the ‘Teens and Twenties, click here. 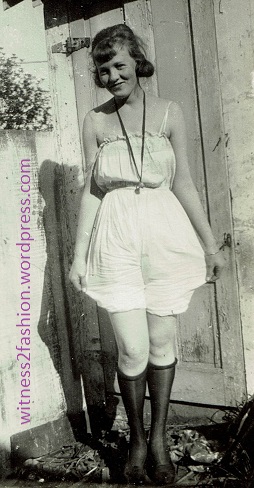 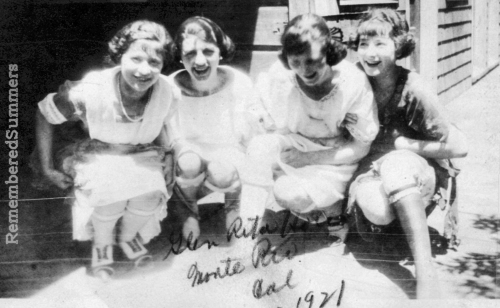