One difficulty of doing research from old photographs is that we can’t always trust the information written on them. Remembered Summers found these vintage class photos pasted into an old album that was in poor condition. Even though both pictures have dates written on their fronts — either 1914 or 1917– the inscriptions on the backs of both photo postcards, in the same hand and the same ink,  date them to 1916.

Some of these children look quite mature (their teachers are also pictured.) For many, an eighth grade education was considered adequate, and they were ready to join the workforce. The lucky ones went on to high school (only 16.8% of 17-year-olds graduated from high school in 1919), and about a third of those went to college. Then as now, children dressed up for their school photos; here are some better views of their clothing. 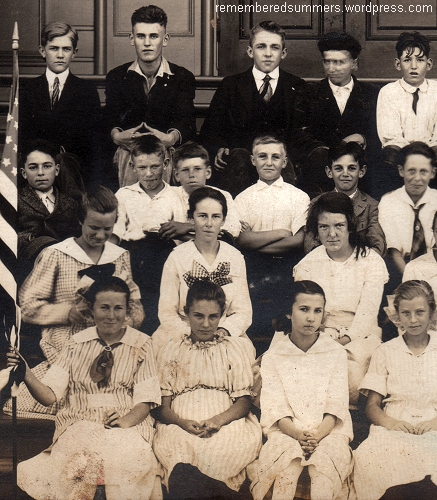 Many of the girls are wearing stripes and/or the sailor-style overblouse called a “middy.” Striped dresses, middy blouses, and striped middy blouses were popular during World War I, 1914 to 1918. 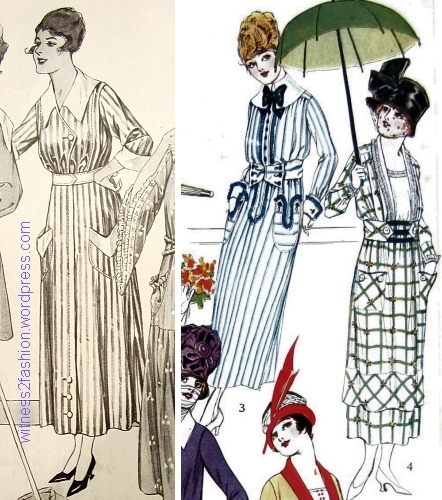