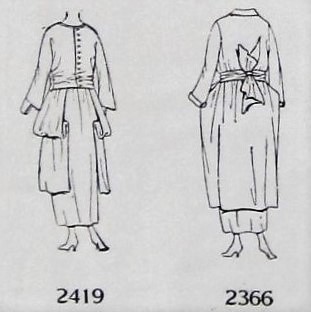 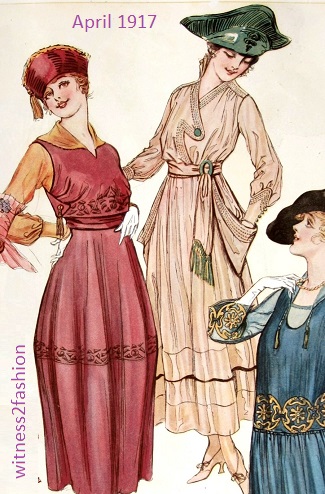 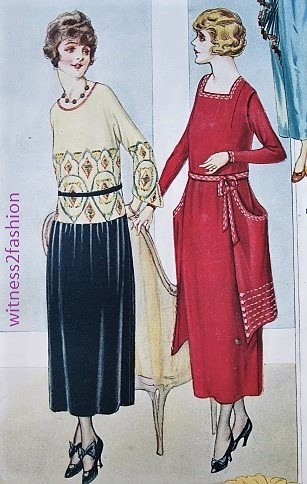 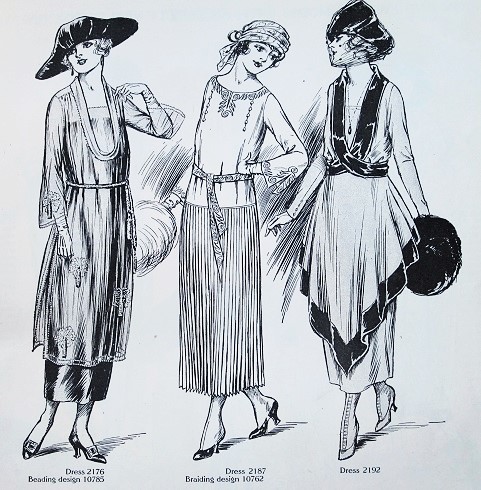 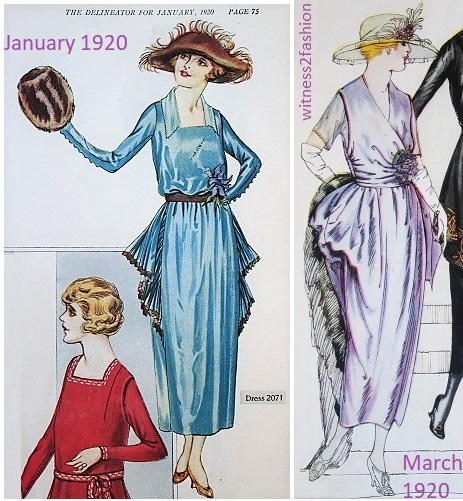 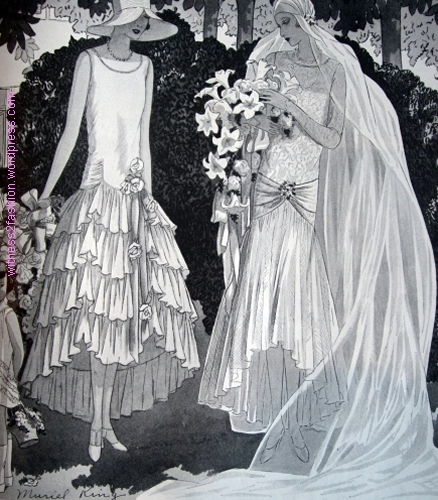 Evening dresses, as well as day dresses, had reached historic heights by the late twenties, exposing middle and upper class women’s legs to — or above — the knee for the first time in thousands of years. We know that hems descended rapidly in the early 1930’s, so it’s easy to assume that some women welcomed a return to the lengths they were used to from the 1910s. I’ve been writing about the high-in-front-low-in-back hems of the late 1920’s as a transitional fashion — a way of “easing” into a longer look. (Click here for Part 1.) (Click here for Part 2.)

Poiret was no longer a leading couturier in 1929, but top designers like Lelong, Molyneux, Worth, and Cheruit were all showing  what I’ll call High/Low hems. 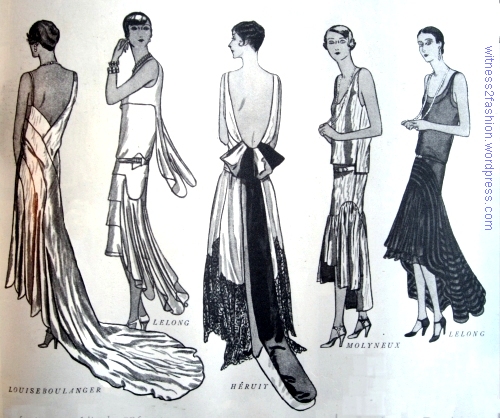 Couture evening gowns by (from left) Louiseboulanger, Lelong, Cheruit, Molyneux, and Lelong; sketched for Delineator, May 1929.

Couture from Lelong, Louiseboulanger, Vionnet, and Vionnet. Sketched for Delineator, May 1929.

For those who love a sewing challenge, here’s a closer look at two 1929 Lelong gowns:

Couture gowns by Lucien Lelong, Illustrated in March and May, 1929. Delineator. I’ll link to some modern leg-baring dresses with sheer overlays later.

Worth designed this white velvet wedding gown for Princess Francoise of France in 1929. The gown is relatively simple so as not to detract from the yards of heirloom lace in her veil.

Worth wedding gown designed for Princess Francoise of France. Sketched in Delineator, June 1929.

Bridesmaid dress by Ardanse. “Green taffeta, with the yoke, tiny sleeves and skirt of tulle.” June 1929. 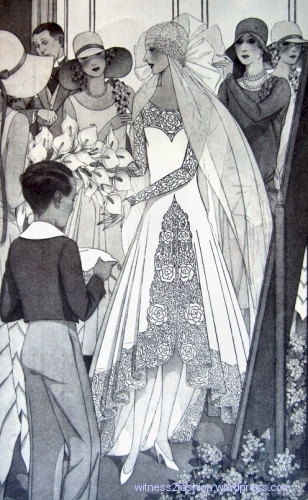 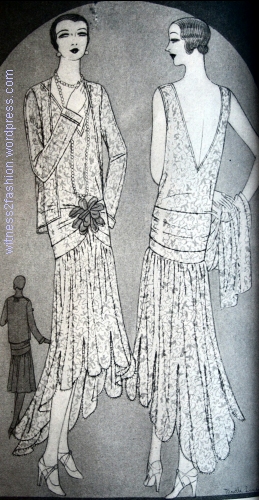 As I said, I’ve been thinking of these dresses with hems that are simultaneously long and short as “transitional” fashion. I know some readers really dislike them; I may have bad news for you. Here’s Sonya Molodetskaya in a gown by Vasily Vein – worn in San Francisco in September 2015. (Photo by Laura Morton.)

We have now been living in a long period of varied hem lengths — without the edicts of other eras that “this season the hem will be nine inches above the floor” or “Just at the kneecap.” So how am I to explain the reappearance of high-in-front-low-in-back hems?

These were seen at the San Francisco Opera and Symphony events in September, 2014 and 2015:

Belinda Berry demonstrated her love of outrageous formal outfits by wearing her own high/low design . (2015)

Pianist Yuja Wang in mini-dress with long sheer overlay  (2015) proved that Heidi Klum (seen here at the Emmy Awards) (2015) wasn’t the only person wearing a short hem and a long hem at the same time. Fashion indecision? Fear of commitment? Anything goes? (Klum’s yellow dress from Atelier Versace, with a choice of hems and two completely different sides, seems a little too indecisive to me!)